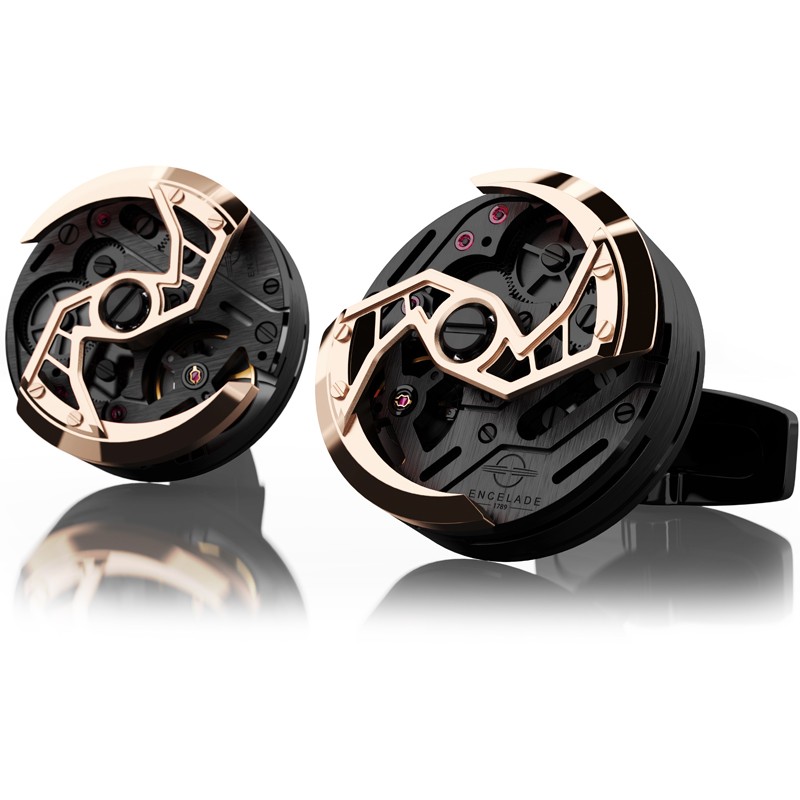 The unique Rotor cufflinks in black & red gold PVD are crafted to rotate with the movement of the wrists. They also carry all the luxury and sheer desirability that the Swiss label Encelade 1789 is known for. The label is named for both Enceladus, Saturn's natural moon which was discovered by astronomers in 1789 and another world-changing event of that year, the French Revolution. Saturn's moon is stylised in the label's logo while every accessory from Encelade 1789 is revolutionary in design and concept.

Cufflinks are often the invisible accessory but this pair from Encelade 1789 is a mini work of art that deserves to be seen. And, with their ability to rotate through 360° these Rotor cufflinks are certainly an eye-catching talking point. This intricate design features over 34 components and are amongst the smallest ball-bearings in the world. The polished black & red gold PVD gives a high-quality finish that perfectly accessorises dress shirts and formal suits or adds a touch of class to smart casual dressing.

These Rotor cufflinks in black & red gold PVD possess a unique sliding clip that gives a neat and secure closure no matter the thickness of the shirt's fabric.