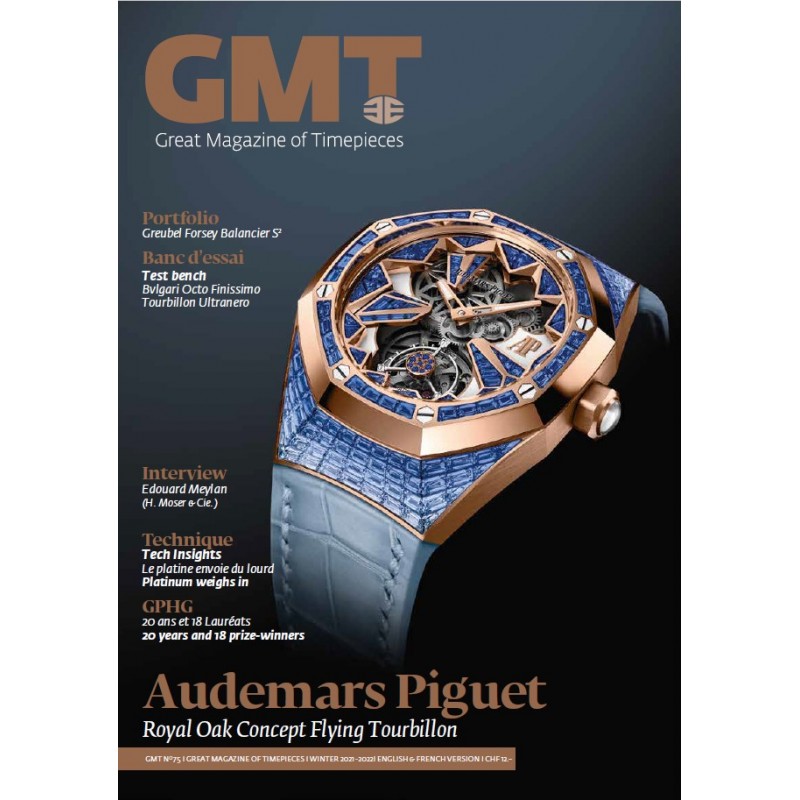 While there are still major disparities between the various watch brands following last year’s watch crash, the industry as a whole has definitely recovered. Witness the international events that we have followed for you and highlighted in this issue, such as the highly prized Dubai Watch Week, the unmissable GPHG and the phenomenal Only Watch biennial charity auction. An astute participant in these three key events, H. Moser & Cie CEO Edouard Meylan shares with us his interpretation of the spectacular rise of independent niche brands. Another major trend in 2021 is the growing appetite for preowned watch sales. The auctions of the major specialist houses alone have in fact exceeded the CHF 500 million. It is within this buoyant context that our WorldTempus watch news website celebrated its 20th anniversary this year, that our publishing house is bringing out the second volume of The Millennium Watch Book, devoted to tourbillons, and that our Geneva Watch Tour concept will celebrate its 10th anniversary in 2022.

In parallel, we have re-launched the Fine Watch Club, bringing together watch collectors and enthusiasts from around the world. All will play a substantial role in the spring of 2022, when Geneva will reassert its status as the world’s watch capital on an unprecedented scale. Alongside a super-powered Watches & Wonders edition bringing together the watch industry heavyweights and a first Time To Watches event endorsed by the former, numerous initiatives are capitalizing on this unprecedented concentration of stakeholders to bring together other watchmaking and jewelry brands in Geneva from March 30th to April 5th 2022. A little higher up, in the Vallée de Joux, Audemars Piguet is preparing to celebrate the 50th anniversary of its cult Royal Oak collection. The company from Le Brassus is starting the year with a bang by introducing its new Royal Oak Concept Flying Tourbillon series, featuring a gaiety, strength and confidence that shine brightly on our cover. We wish you a great year in 2022!