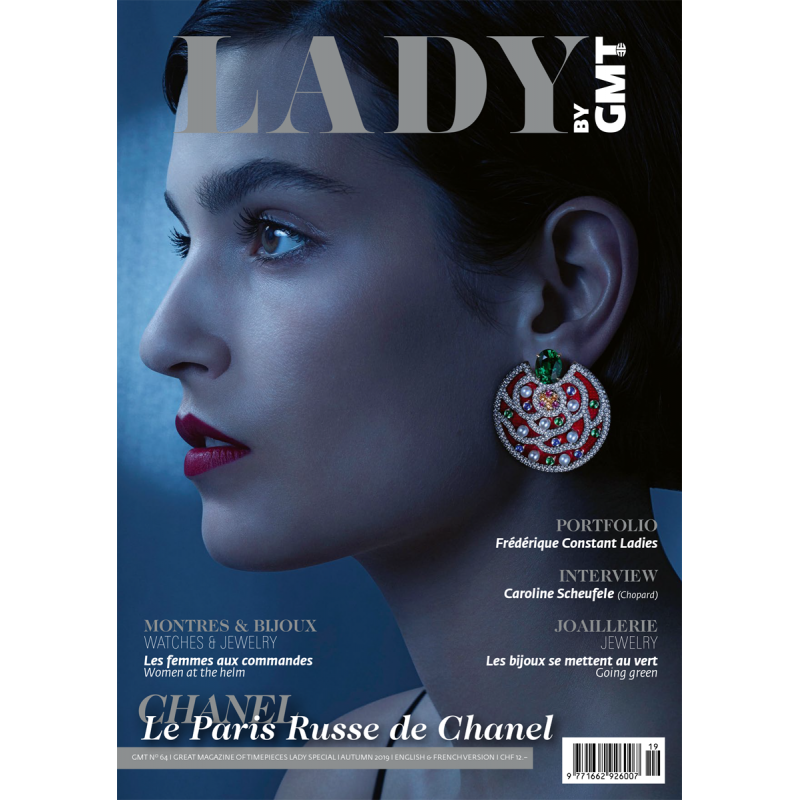 BY WOMEN, For Women

From an early age, my life has been pervaded by the alluring charm of glossy women’s magazines : I was 14 when I picked up my first issue of Teen Vogue, eventually graduating to Vogue International and Vanity Fair. I was surrounded by women in print, in advertising, in television – and yet, women make up barely 10% of upper management in the luxury sector, particularly watchmaking and jewelry. So that’s why this LADY by GMT is special to me : it’s my first as the newly appointed Editor-in-Chief of this feminine edition, and more importantly, it’s made by women for women. That’s why wherever you look in this issue, we feature Women, emphasis on the “W”. Women behind the scenes, in front of the camera and holding the (metaphorical) pen. We interviewed Caroline Scheufele, Co-President and Artistic Director of Chopard, who gave us interesting insights on her creative process. We worked with a stylist, especially for this issue, in our photoshoot inspired by the chic bohemian aesthetics of Le Melrose, a wellness center in the heart of Geneva created by Melissa Schlemmer. A big thank you to Brice Lechevalier, who remains at the helm of GMT Magazine as its Editor-in-Chief and Executive Director of GMT Publishing, for trusting me to mould the Lady to my vision, and to Liah Millasson, who last year did the bulk of the work in redesigning Lady by GMT. And an even bigger thank you to the many women who advised, wrote, edited, and designed this issue – all in the hopes of accurately reflecting the diversity that is our half of the population.