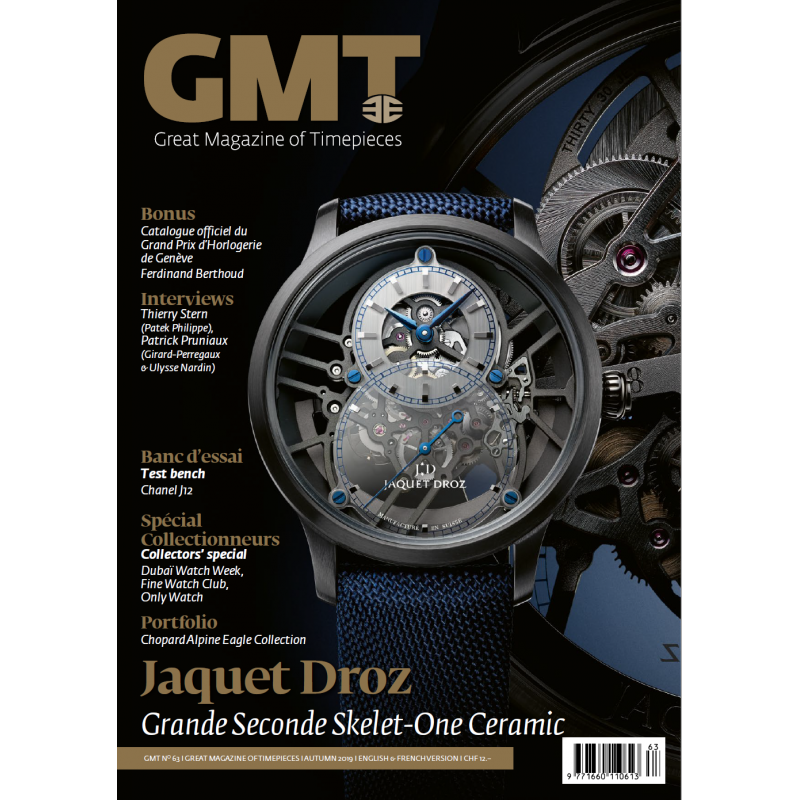 PLAY IT AGAIN WITH FEELINGS

While such is not always the case, each watch should generate feelings. First and foremost, for the person wearing it, but also for those who see it on their wrist. Each fall, emotional amplifiers such as the Grand Prix d’Horlogerie de Genève help spread these positive waves further for longer. They are echoed in other ‘embassies’ of fine watchmaking such as the SIAR in Mexico City and Dubai Watch Week, which also serve as resonance chambers for this concert of the 12th Art (the Art of measuring time). And every two years during the same period, since 2005, Only Watch is a super-generator of emotions and takes its own place on the scene, ploughing its furrow of extraordinary creativity and sowing a trail of hope, in a great surge of watchmaking solidarity reaching from Monaco to Geneva while involving every timezone. Deeply convinced that mechanical watchmaking has a soul and that these beneficial initiatives nurture it, GMT pays tribute to them in this edition. Through them, the purpose is, naturally, to encourage the dozens of watch brands that are associated with them and which together cause watchmaking to sing with one voice. Amid the global hubbub of saturated luxury that deafens a disoriented and over-solicited clientele, a strong and emotional message reflecting the unity of the watchmaking community would probably serve as a welcome landmark, in both spring and autumn, on the occasion of other unmissable events… Shouldn’t reaching out to others be a natural reflex for those who make a living off other people’s wrists ?