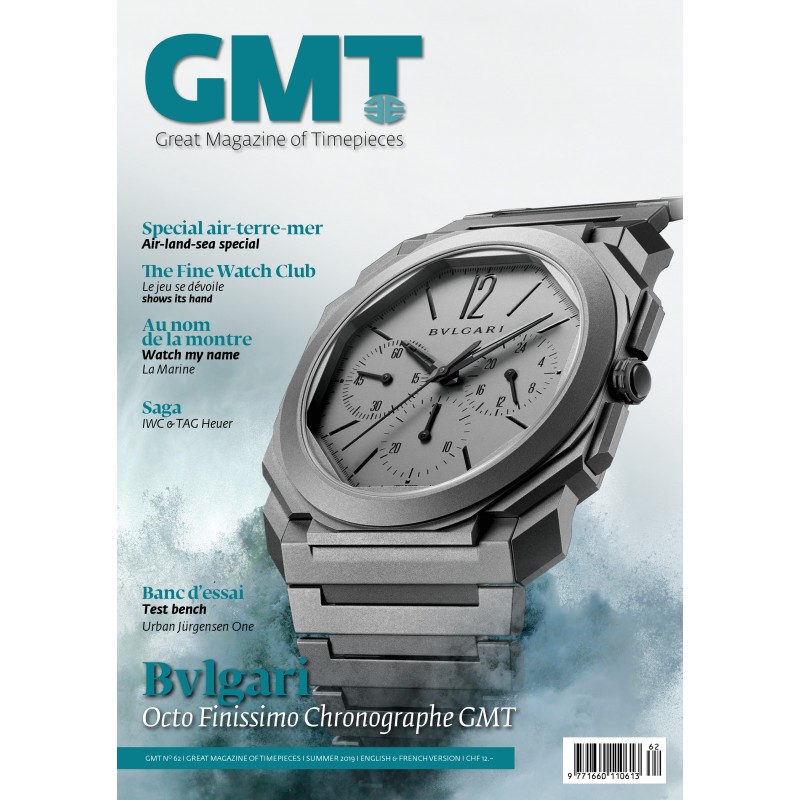 Three of the elements – namely air, water and land – form the guiding thread running through this summer publication. The fourth element – fire – does not appear in our selection but is symbolized by the summer sun accompanying this issue brimming with positive energies. GMT has long considered time to be the fifth element, and the one that outlives all others. The DNA of time measuring instruments designed by watch brands is increasingly influenced by quests for human performance in the air, on land and at sea. In flight, at the wheel, diving or at the helm, a watch becomes an extension of its wearer – or perhaps simply offers the thrill of this fantasy, or the look of a well-informed enthusiast. Pleasure is of course every bit as important as performance and satisfying the epicurean in each of us should be included in the checklist of essential functionalities for any watch collection. The vast majority of the models presented in this summer issue achieve this, each in their own way, starting with the GMT Octo Finissimo chronograph by Bvlgari, the thinnest in the world, and featured on the cover. This philosophy is also shared by the Fine Watch Club, the first international watch organization of its kind, which unveils its autumn program in our magazine. It too has drawn inspiration from the same three elements, setting up its initial get-together at the Monaco Yacht Show where it will celebrate the launch of the new Only Watch odyssey. BRICE LECHEVALIER I Chief Editor insta la vista : bricelechevalier