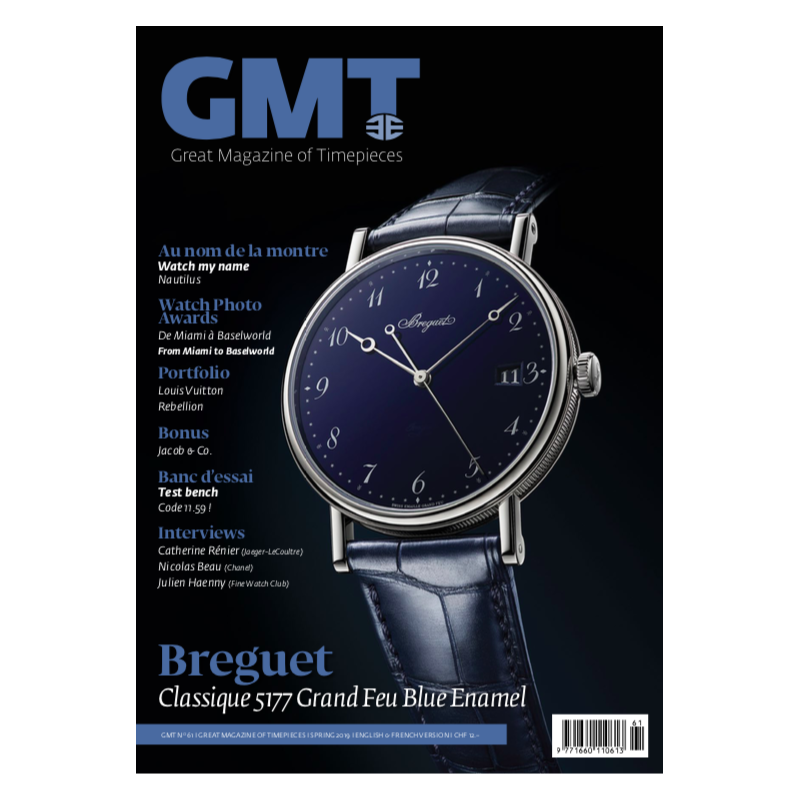 No, it wasn’t my forehead that caused this cluster of letters by crashing onto my laptop as I fell asleep. Nor did the keyboard unexpectedly switch to azerty mode. However, it was indeed during this transatlantic flight between Geneva and Miami that this acronym derived from TriBeCa came to me as I was trave­ling in the wake of the Watch Photo Awards. The exhibition of the 60 photos selected during the 2018 edition was first held in Geneva, then in Miami during Watches & Wonders – where I was then heading – and finally at Baselworld 2019 with which the publi­cation of this GMT edition coincides. Three flagship cities with intertwined destinies: Basel and Miami have been linked by Art Basel since 2002, Geneva and Basel by their watchmaking shows, which will be brought together again in the same period in 2020. GeMiBa. All three have shown the same benevolent attitude towards the Watch Photo Awards, a competition showcasing the talents of lovers of fine watchmaking in a fun and uncomplicated way as well as sharing them with a broad international community.

Sincere thanks to the Grand Prix d’Horlogerie de Genève, the Fondation de la Haute Horlogerie and to Baselworld for their confidence and spontaneity in hosting the Watch Photo Awards, whose 2019 edition took off in February and will continue through to July with six monthly themes. The winner of the February “White” theme won a week’s cruise for two, while in March two stays at the famous Basel hotel on the Rhine “Les Trois Rois” are up for grabs. It’s time to send the picture of your favorite watch to watch-photo-awards.com, until the end of July and from cities around the world !